While most five-year-olds begin learning finger painting and potato prints at this age, Cassandra Gee (a.k.a Cassie), creates such incredible swirl paintings that deserve to be in a gallery, not a primary school. Another thing that makes her artworks unique is the fact that all of them are created using kitchen utensils, instead of paint brushes. When was the last time you used Microsoft Paint? Maybe in the late 80s or 90s when you were learning to use a computer in school. While the developers of Windows are likely to drop this feature in the next update (as per a news report), a 87-year-old woman creates incredible landscape paintings using Microsoft Paint. Do you know the art of paper cutting dates back to the second century AD? That time paper was invented in Eastern Han Dynasty in China and many artists started using it to make creative crafts. Aside from Chinese people, this form of art was popular in many civilizations such as Jewish, Japanese, Filipino, and more. 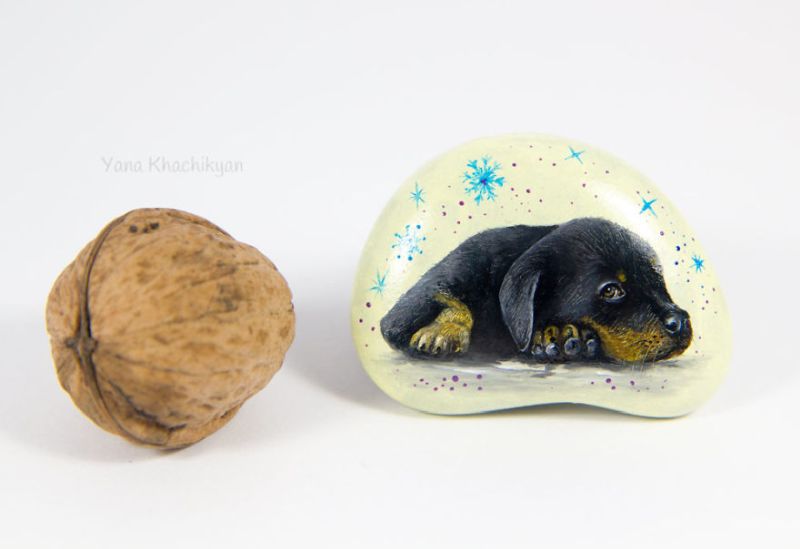 Whether you’re a pet owner or not, you’re going to like these stunning realistic pet portraits by Ukrainian artist Yana Khachikyan. People express their love for animals in many different ways, and for Khachikyan, stone painting is her favourite way of showing how much she loves these furry creatures. These 20 celebrities will surprise you with their secret talents

Hollywood celebrities are often known for their glamorous lives. But do you know that some of your favourite Hollywood actors and musicians, as well as famous political leaders have secret talents that media never highlights? While media always keep focusing on scandalous parts of celeb lives, true fans never get to see the artistic sides of their role models. in Art, Artists, Painting, Your story

Now are not the days, when you have to battle between your education and passion. While education still remains important, youth today is willing to work hard to pursue their passion as a career. Why not? No one wants to spend the rest of their lives sitting in a 4 x 4 cubicle. Isn’t it? Today, we are going to share with you an interesting... Indian design studio NVillustration, started by talented duo Nayan Shrimali and Vaishali Chudasama, is well-known for their detailed cut-paper illustrations. Lately, the artist duo is working on another series of paper art featuring detailed cut paper and watercolour miniature bird illustrations for a 365 days challenge for the entire 2018. Sadly, racism still prevails in the world. Maybe it will always be an issue as long as humans are on this planet. Being egoistic and arrogant in nature, we often try to put ourselves in a higher position than others. But there are some people who are still fighting against this issue and see everyone as “one.” Belonging to the latter category, Judah Jibrin, Nigerian... Bones are usually associated with death and the macabre. Maybe that’s why some people don’t prefer dead remains of a body near their houses, forget bringing them inside. But Pierpaolo Catini, an Italian artist based in New York City, sees bones as art objects to create unique Sculpaintings, which will make you forget about its connection with lifelessness and decay. 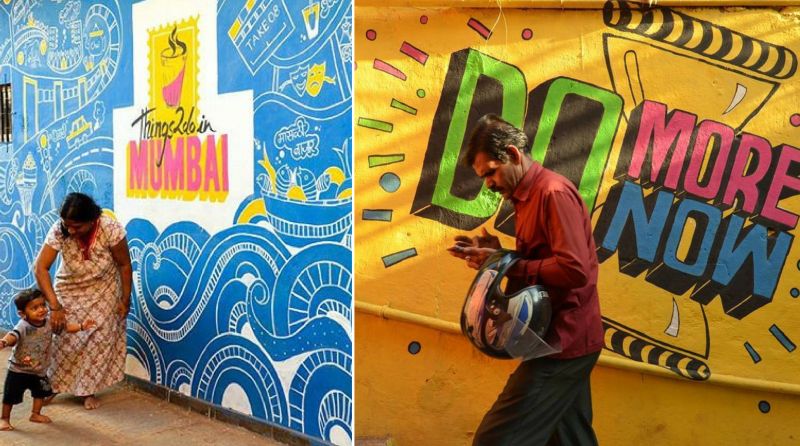 Chal Rang De: An initiative to give vibrant makeover to Mumbai’s slums

Slums are considered as “ugly faces” of urban India. Often people are seen criticizing filthy-looking slum areas in their region. But how many of us have taken the initiative to improve that? Well, we understand that all of us don’t have enough time or resources to go out and change the world in a jiffy. Nonetheless, we can appreciate the efforts of people who take...